Amami Kokuto** Shochu is a rare and uncommon spirit made from brown sugar and malted rice, or koji. Only distilleries in the Amami Islands* of Japan are authorized to produce them. Currently, there are 26 distilleries***; said another way, there are only 26 distilleries in the world that can offer this truly singular, brown sugar and malted rice-based spirit that cannot be found anywhere else. The scarcity has obscured kokuto shochu from the rest of the world, despite its high potential.
Amami Islands' lush natural environment is perfect for producing exceptional shochu. The Islands' diverse history and the different weather, nature, and culture of each island are distilled in every bottle of Amami Kokuto Shochu, the "Spirit of the Soul" for many Amami islanders. 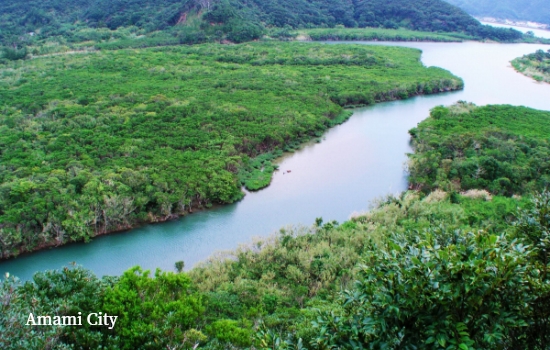 *Amami Islands: a group of islands in Southern Japan, between Kagoshima and Okinawa prefectures at 28 degrees north. There are 8 inhabited islands: Amami Oshima, Kakeroma, Uke, Yoro, Kikai, Tokunoshima, Okinoerabu, and Yoron Islands. These subtropical islands are surrounded by beautiful coral reefs and are abundant with precious flora and fauna.
Read more about the Amami islands that produce Amami Kokuto Shochu here. 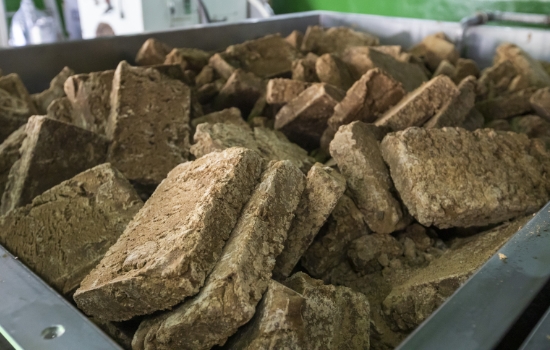 **Kokuto: Meaning "black sugar" in Japanese, kokuto is a basic uncentrifuged sugar manufactured mainly in the smaller islands of Okinawa and Kagoshima prefectures. Sugarcane juice is boiled, concentrated, and then cooled down without any additional processes. It is a sugar that has a unique flavor and is rich in minerals such as potassium, calcium, and iron.

*** 26 distilleries: Of the 26 Amami Kokuto Shochu distilleries, seventeen manufacture and sell, eight focus on manufacturing, and one specializes in sales.

So, What is Shochu?

Is Honkaku Shochu a type of Japanese sake?

No, it is not. While both sake and shochu have a long history in Japan, sake is a brewed, fermented liquor with 13 to 16% abv. Honkaku Shochu is distilled and has an abv of 25 to 45%. The production process of Honkaku Shochu is very complex, perhaps even more so than the craft spirits that is taking the world by storm. While Japanese sake has become a staple at many fine dining establishments around the world, sophisticated foodies are now turning to Honkaku Shochu.

Some Honkaku Shochu products are clear and colorless - including Amami Kokuto Shochu and other shochu made from potatoes, rice, or barley.
Are they distilled in similar ways to vodka?

No, they are not. Vodka is distilled repeatedly, but Honkaku Shochu is distilled only once (a process called “pot distillation”). This is why the flavors of the ingredients are stronger in Honkaku Shochu when compared to the dry flavors of vodka. Pot distillation means that Honkaku Shochu also has qualities of fermented liquor, making it a good drink to dine with. Distilled drinks are often thought of as digestifs, but Honkaku Shochu is unique because it's an all-rounder - it is an excellent apéritif, perfect with meals, and a superb digestif. It can be paired with particular dishes and desserts or blended into cocktails, presenting endless serving possibilities; this point of uniqueness, of course, has not gone unnoticed among sommeliers and bartenders.

I was told that Amami Kokuto Shochu is made from sugarcanes.
Doesn’t that make it a rum?

No. Two aspects set Amami Kokuto Shochu apart from rum, especially in the production process. Most commercial traditional rums are made from molasses, the residual liquid taken from sugarcanes after they are crushed, boil concentrated, and its crystallized sugars removed; it is then fermented and distilled, without a saccharification process because it already contains sugar.
On the other hand, rice is a key ingredient in the Primary Preparation stage of Amami Kokuto Shochu. Since rice needs to be saccharified, it is made into a rice koji or malted rice. Water and yeast are added to create the starter culture or first moromi, to cultivate more yeast, the driving force behind alcohol production.
The other difference is the secondary ingredient added to the starter culture. Molasses is not used in the production of Amami Kokuto Shochu, but high-grade brown sugar that has been processed to food-grade level is melted again and added to the starter culture.* Ethanol fermentation turns this liquid into a fermenting mash which is then proceeded to pot distillation. This is why Amami Kokuto Shochu offers the best of flavors from both malted rice and brown sugar, unlike rum.
*For more on why brown sugar is used instead of molasses: “The Fascinating History of Amami Kokuto Shochu”

In producing Amami Kokuto Shochu, rice malt is turned into a starter culture at the Primary Preparation stage. Melted brown sugar is added in the Second Addition stage, inducing a complex fermentation technique called multiple parallel fermentation that involves the fermentation of both koji and yeast. The output of this stage is a fermenting mash, which is pot distilled in either atmospheric or vacuum distillation according to the required flavor; this is then stored to mature. Storage methods are also diverse, from stainless tanks to barrels and earthenware pots. Distilleries compete with each other, each in pursuit of their unique shochu. Amami Islands distilleries use each island's local water source, process their shochu through multiple parallel fermentation for a synergistic combination of rice malt and brown sugar flavors that remains after pot distillation, and store them delicately. The arduous path to a spirit that only 26 distilleries are authorized to produce makes Amami Kokuto Shochu truly extraordinary. 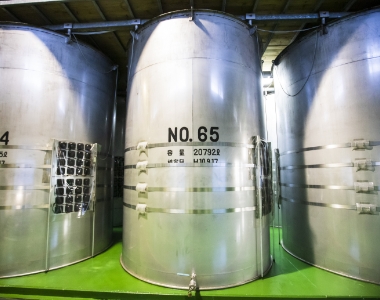 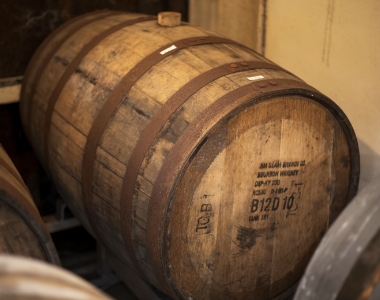 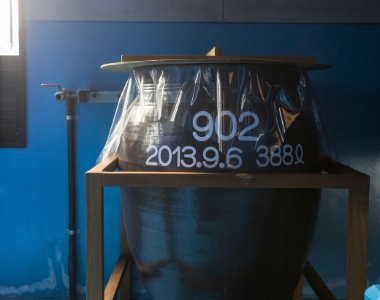