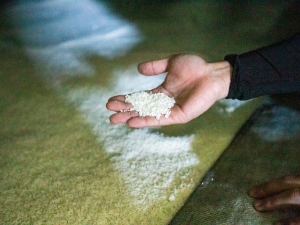 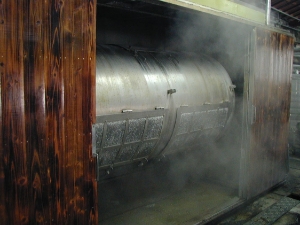 Rice is washed, steeped in water and steamed
Rice is thencooled down to slowly nurture koji or mold 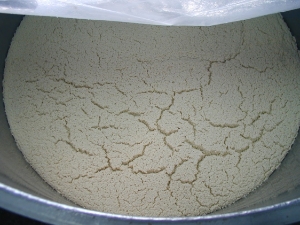 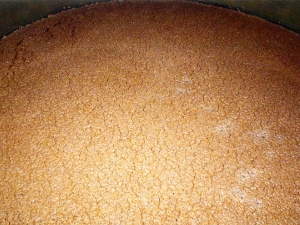 Melted and cooled brown sugar is added to the starter culture to activate ethanol fermentation, cultivating a fermenting mash 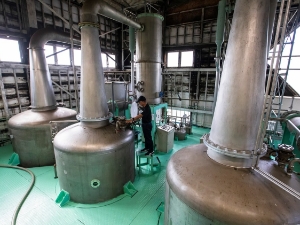 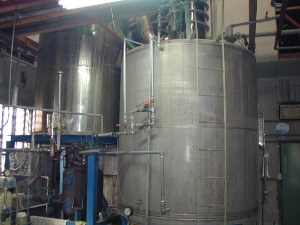 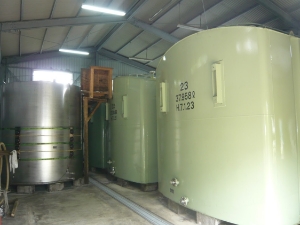 After the distilled shochu is cooled and strained,
they are stored in tanks, barrels or pots to mature.

* Second Addition: some distilleries have a third addition process
** Pot Distillation: distilling only one is why the flavors of rice malt and brown sugar are rich

Topic: The role of koji in shochu – what does it do?

Koji generates a diastatic enzyme when seed koji (koji spores) are sprinkled on steamed rice, during the process of making koji. This enzyme dissolves the starch in rice, etc. into glucose. Glucose feeds the yeast, generating alcohol.

◆Types of koji molds: While sake, soy sauce, and miso generally rely on yellow koji mold, in producing shochu, black or white koji mold is often used. Black koji was discovered and isolated during the process of studying awamori. Compared to yellow koji, black koji generates more citric acid. Even in areas with high ambient temperature, black koji is more effective in preventing moromi spoilage and improving the aroma. White koji was cultivated from a mutated black koji and is the preferred koji for clear and drinkable shochu.